For this, I am going to analyze this scene from my favorite film, Fight Club, in three different ways. Firstly about the camera work, then the audio track, and then i;m going to put it all together.

I made notes after watching it with no audio, about the camera work. The quick notes i made were:

I also made notes for the audio:

The audio could indicate that many things are going on, so its very hard to actually say what could be going on on screen, as there could be so many options. The dramatic and quick music could indicate there is action on screen, the narration, laughing and talking could indicate humor, and the shouting and swearing could be argument on screen.But the music is key, as it’s quick and dramatic, which tells us that its an action/dramatic/fear/psychological type of film.

Finally, I think that all these things out together make a great scene. I think the music and camera shots work well together to put together a great movie scene. By minimizing my audio sense, it was strange, by silencing it, you can obviously see whats going on in the film, but it docent have such a dramatic effect on the viewer, and by being blind of the visuals and just listening to the audio, you can pretty much guess whats going on, I think that a good audio track is absolutely crucial for a good and effective film. 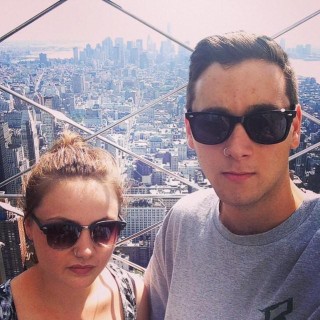 I am a second year student at De Montfort University, Leicester, studying BSc Media Production. I work part time at weekends in a coffee shop.